Instituted in 2008, the Outstanding Referee program expresses appreciation for the essential work that anonymous peer reviewers do for our journals. Each year a small percentage of our 71,000 active referees are selected and honored with the Outstanding Referee designation. Selections are made based on the number, quality, and timeliness of referee reports as collected in a database over the last 30 years. A full listing and further details on the program are available here: http://journals.aps.org/OutstandingReferees.

In 2019 we will be celebrating the 61st anniversary of the Centre de Physique Théorique, founded in 1958 by Louis Michel. This institute is part of the Ecole Polytechnique research centre, widely acknowledged for its scientific diversity and international leadership, as well as for the prominent role of its members in teaching and outreach activities. 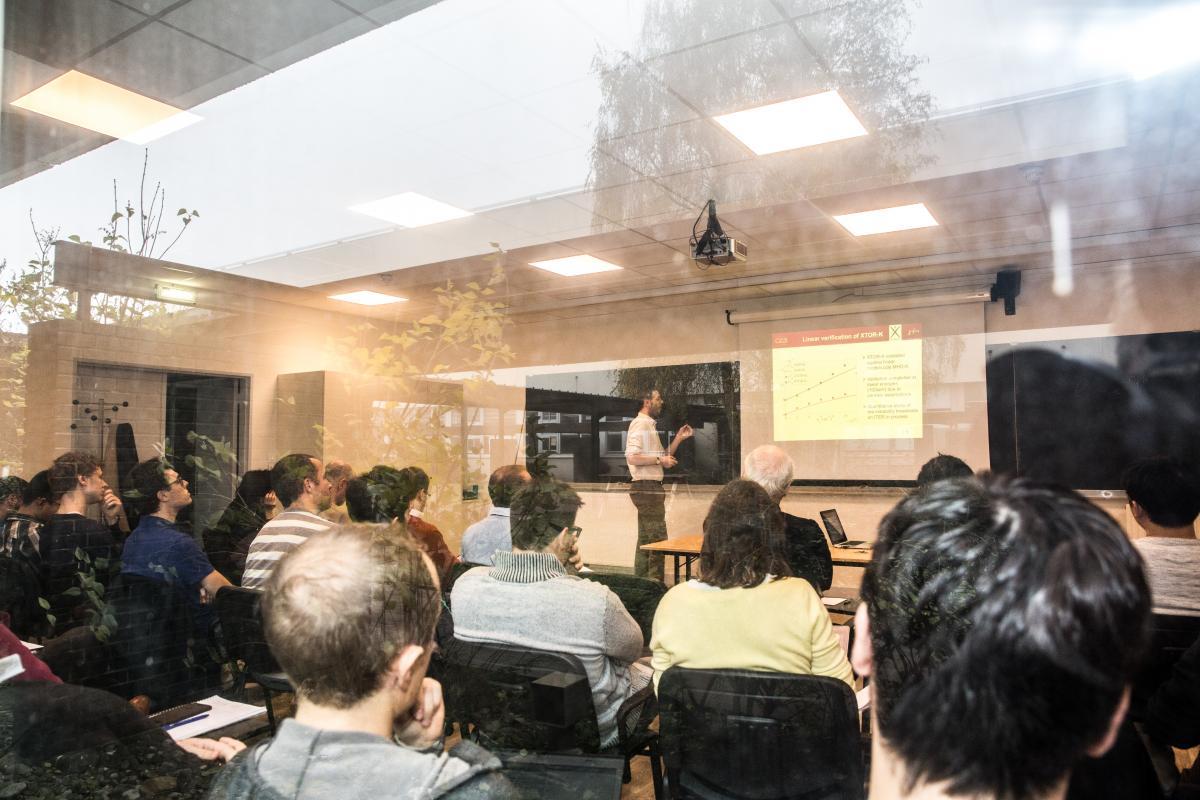 I will present the idea of black hole microstate counting in string theory vacua with extended supersymmetry (N=4), and explain how the degeneracy of certain BPS black holes in four dimension can be extracted from exact couplings in the low energy effective action of a three dimensional model. This set of conjectures will be motivated with supersymmetry constraints, non-perturbative symmetries, and agreement with known results from the literature.

Abstract : In this thesis we study the topological aspects of condensed matter physics, that received a revolutionary development in the last decades. Topological states of matter are protected against perturbations and disorder, making them very promising in the context of quantum information. The interplay between topology and interactions in such systems is however far from being well understood, while the experimental realization is challenging. Thus, in this work we investigate such strongly correlated states of matter and explore new protocols to probe experimentally their properties. In order to do this, we use various both analytical and numerical techniques.

First, we analyze the properties of an interacting bosonic version of the celebrated Haldane model – the model for the quantum anomalous Hall effect. We propose its quantum circuit implementation based on the application of periodic time-dependent perturbations – Floquet engineering. Continuing these ideas, we study the interacting bosonic version of the Kane-Mele model – the first model of a topological insulator. This model has a very rich phase diagram with an emergence of an effective frustrated magnetic model and a variety of symmetry broken spin states in the strongly interacting regime. Ultra-cold atoms or quantum circuits implementation of both Haldane and Kane-Mele bosonic models would allow for experimental probes of the exotic states we observed.

Second, in order to deepen the perspectives of quantum circuit simulations of topological phases we analyze the strong coupling limit of the Su-Schrieffer-Heeger model and we test new experimental probes of its topology associated with the Zak phase. We also work on the out-of-equilibrium protocols to study bulk spectral properties of quantum systems and quantum phase transitions using a purification scheme which could be implemented both numerically and experimentally.

Attendance is free but registration by simple email to Laurent Sanchez-Palencia (lsp@cpht.polytechnique.fr) is mandatory, not later than May 18, 2018.

See also the web page of this series of lectures at https://www.universite-paris-saclay.fr/fr/recherche/projet/iqups-ingenierie-quantique#teaching-3995.