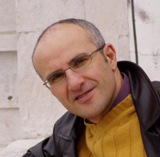 My research interests are in theoretical condensed matter and statistical physics. Most of my recent research deals with the physics of strong electron-electron interactions. These interactions have spectacular effects in materials such as transition metals and their oxides, f-electron compounds and organic conductors. I am interested in these effects from the viewpoint of models and basic mechanisms, as well as in combination with first-principle electronic structure methods. I also have an interest in the physics of electron correlations in nanoelectronic devices (such as quantum dots), as well as in cold atoms in optical lattices.

A complete list (in pdf format) can be found here.
My publications posterior to 1992 can be accessed on cond-mat.
I list below three more extensive publications (2 review articles and recent lecture notes published as a book chapter):