The center for Theoretical Physics (CPHT) at Ecole Polytechnique gathers research scientists working in diverse domains of fundamental and applied Physics. The overall coherence is assured by the corpus of common, transposable, mathematical and numerical methods.
CPHT is a joint research unit of CNRS and Ecole Polytechnique, and has a partnership with the Collège de France. His director is Jean-René Chazottes, Senior Researcher at CNRS.
CPHT is on the campus of Ecole Polytechnique, buildings 5 and 6. The reception offices are located in building 6 , offices 06.1046 and 06.1045.

Write an email to someone at CPHT :  : firstname.lastname@polytechnique.edu 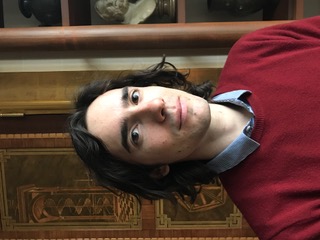 Charles Marteau is an alumnus of the École Normale Supérieure de Cachan. He studied theoretical physics at the master's degree of the École Normale Supérieure de Paris and fundamental mathematics at the master's degree of Sorbonne University. He joined the string theory group in fall 2017, as a PhD student under the supervision of Marios Petropoulos, on the topic Boundary structures and holographic fluids in gravity.

The arrival of Charles Marteau in the team coincided with the launching of a new research area, holographic correspondence gravity / gauge theory in asymptotically flat space-time, in which another student, Luca Ciambelli, was involved. Together, they clarified the structure underlying the fluid/gravity version of flat holography, namely Carrollian fluid dynamics, an ultra-relativistic version of hydrodynamics. Thanks to this fruitful collaboration, Charles Marteau pursued his thesis in many directions. The main advances of his work can be summarized as follows: (i) the extension of the fluid/gravity correspondence to the flat case which required the ab initio design of Carrollian hydrodynamics; (ii) an exhaustive investigation of three-dimensional gravity and its applications in two-dimensional fluids; (iii) finally the application of Carrollian concepts to the study of the black-hole horizon dynamics.

During his PhD time, Charles Marteau made several long visits abroad, in Europe and in the US, during which he developed his own collaborations with other doctoral and post-doctoral fellows. The extent of the work accomplished as well as his independence as a young researcher can be measured in his publication list: nine articles, four of which were written without his thesis director and signed with a young collaborator. His dissertation is a collection of his first seven papers, put in perspective by an introductory text which allows to set up the framework and to introduce the general notions of asymptotic symmetries and Carrollian geometry.

Charles Marteau is currently a post-doctoral researcher at the University of British Columbia in Vancouver, where he continues his activities in the group of Gordon Semenoff. 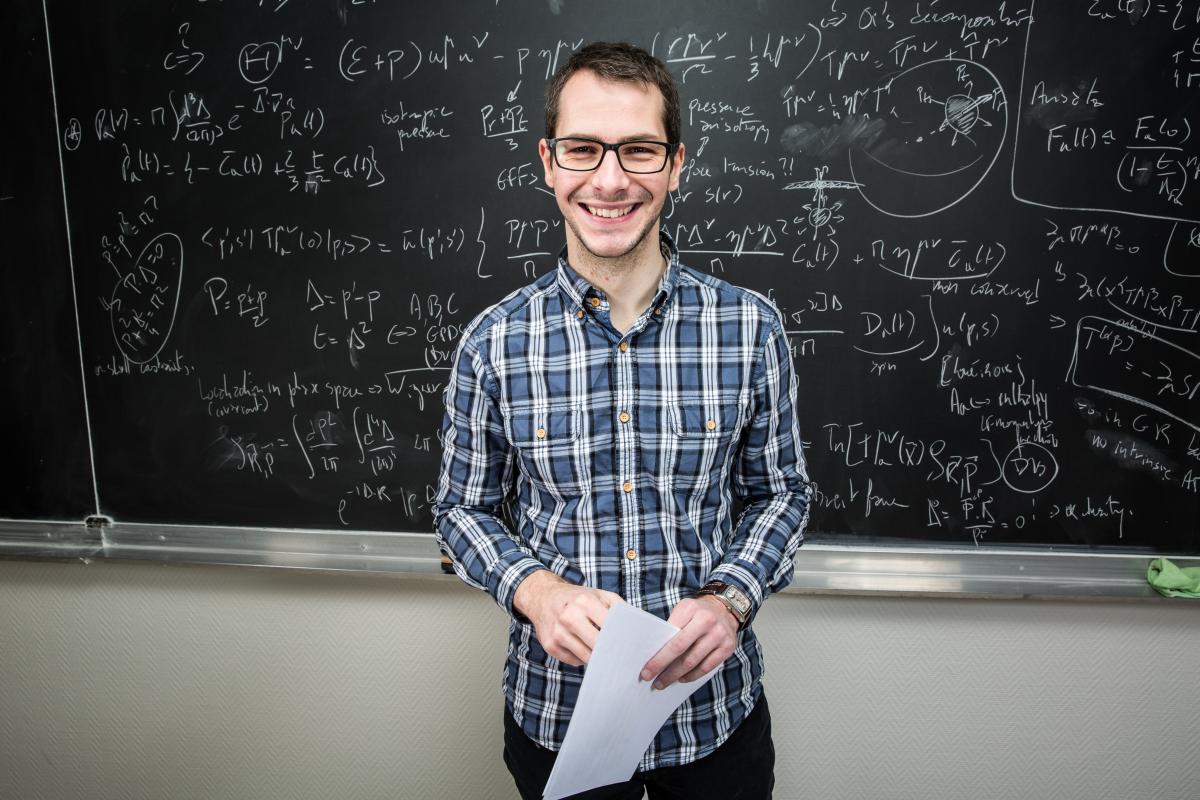 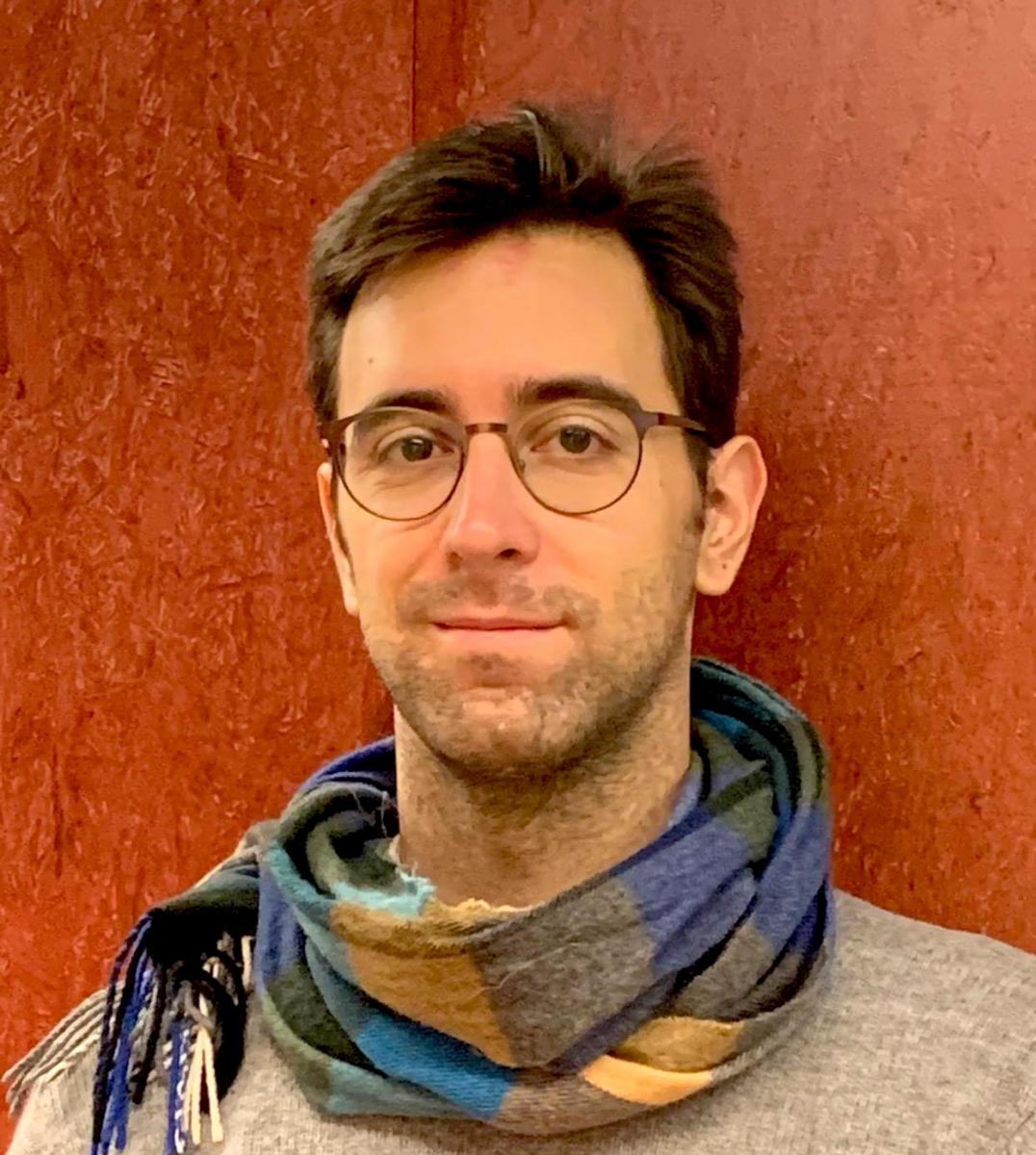 My work concerns infinite-dimensional symmetries (and more generally group actions) that appear in various domains of physics. This includes asymptotic symmetries in gravitation and gauge theory, but also condensed matter physics (e.g. the quantum Hall effect) and fluid mechanics. Indeed, all these systems admit rich underlying group structures, with typically striking implications, whose study is often hampered by the complexity of infinite-dimensional manifolds. My goal is to unveil the physical, possibly observable, effects of these groups, for instance through certain Berry phases that are associated with them.

"It is only slightly overstating the case to say that physics is the study of symmetry."
[Philip W. Anderson, "More is different", Science, 1972]

List of publications can be found on Inspire : https://inspirehep.net/authors/1626583

We investigate the properties of one-dimensional bosons in various types of systems, focusing on the phase transitions or crossovers between different quantum degeneracy regimes. Combining quantum Monte Carlo with other standard techniques such as exact diagonalization and thermal Bethe ansatz, we can compute the behavior of 1D bosons in different cases where the results are still lacking. First, in the case of harmonically trapped continuous bosons, we provide a full characterization of a quantity called Tan's contact. We show that the contact exhibits a maximum versus temperature and that it is a signature of the crossover to fermionization in the strongly-interacting regime. Secondly, we study the localization and fractal properties of 1D ideal gases in shallow quasiperiodic potentials. We determine the critical localization properties of the system, the critical potential, mobility edges and critical exponents which are universal. Moreover, we calculate the fractal dimension of the energy spectrum and find it is non-universal but always smaller than unity, which shows the spectrum is nowhere dense. Finally, we move to the study of the interacting case. With the quantum Monte Carlo calculations, we compute the phase diagram of Lieb-Liniger bosons in shallow quasiperiodic potentials. A Bose glass, surrounded by superfluid and Mott phases, is found. At finite temperature, we show that the melting of the Mott lobes is characteristic of a fractal structure and find that the Bose glass is robust against thermal fluctuations up to temperatures accessible in experiments.